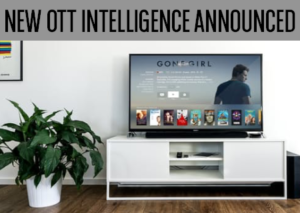 Just days ago, Comscore announced their own brand of OTT Intelligence, which is a syndicated service that will measure the raw data on how many households are using Over-The-Top content on their televisions. Now that this consumer behavior is able to be measured a bit more formally, it is important to realize what a growing segment of the cross-platform TV viewing landscape is claimed by streaming platforms and beyond. Netflix is the heaviest hitter in this club, but when you get right down to devices such as streaming boxes and sticks, smart TV’s, and gaming consoles, the measurement of viewership has always been tricky.

Even though so many have claimed as of late that they have “cut the cord”, the black box has been one of the predominant ways that people view content. Even with the advent of DVR’s some years ago, many nationwide have been tapping their feet when it comes to cable TV. The wide world of sports is one where viewers have felt that cable is a viable choice, especially when it comes to baseball and hockey. Amazon, Hulu, and YouTube are other providers that are the majority of how many consumers get content, and the measurements available will be able to shed light on frequency and loyalty. Household reach, audience size, and other very important usage metrics will all be able to be measured with this new medium.

ComScore’s Total Home Panel is the platform that was designed to measure the ways in which cross-platform media is consumed. After taking a close, hard look at this data, many will study it the same way that they study the fruitful potential of boosted Facebook posts. Measuring audiences has long been a powerful metric, but in times such as these where the digital playing field has widened and narrowed all at once, it has become crucial. Predicting just what the consumer will want to watch has incited the investment of millions, but monitoring what they already are is very reliable data in any product-peddler’s realm.

This type of measurement will be beneficial for those wanting to run pay-per-click campaigns, see which homes are choosing to not be hardwired to cable, and have an all-around analysis of where people are watching the shows they love to wind down to. The pay-per-click and other types of revenue driving activities do focus more on the YouTube traffic, but seeing just how many are glued to Netflix is going to be beneficial for anyone from a car brand, perfume, shoe manufacturer, or even ride share services. Last January, comScore completed its merger with Rentrak Corporation, and this helped blaze the path for a service that hones in on valuable demographic components. Monetizing who is watching is going to become even more important in the very near future, and this is going to be one major tool to watch as far as productivity and risk vs. reward.